Ministers are drawing up plans for a new “traffic light” system for foreign travel this summer with tougher restrictions on more risky “red” countries and easier passage to “green” destinations with higher vaccination rates.

But as the hard-hit travel sector is enjoying a flood of bookings for summer sun destinations, Whitehall departments remain at odds over how rapidly to lift the ban on most overseas trips.

Some scientific advisers are keen to maintain tough restrictions far beyond the proposed date of May 17 for international travel to resume.

Chris Whitty, England’s chief medical officer, is said to be particularly nervous about the consequences of lifting restrictions too quickly.

A study for Public Health England this week that has not yet been peer reviewed found that a significant number of holidaymakers returned to the UK from the Mediterranean last summer carrying the virus.

Mike Tildesley, a member of the government’s Scientific Pandemic Influenza Group on Modelling, told the BBC on Saturday that international travel was unlikely this summer for the “average holiday-maker” because of the risk of introducing new coronavirus variants to the UK.

“I think we are running a real risk if we do start to have lots of people going overseas in July, for instance, and August because of the potential for bringing more of these new variants back into the country,” he said.

Members of the government’s global travel task force, made up of civil servants and industry executives, are due to deliver their report by April 12 setting out how and when overseas travel can resume. They are working up plans for the new traffic light system similar to the one used before all but the most essential trips abroad were banned at the start of the latest lockdown in January.

As well as theoretically possible, travel must also be practically manageable, as well as affordable

Yet ministers have not yet decided the extent to which people visiting countries designated as green would need to take Covid-19 tests, fill in forms or even self-isolate on return.

“The health lobby is keen to make sure you have self-isolation and managed quarantine until mass testing can be implemented,” said one person on the task force calls.

One official said: “Self-isolation can’t be ruled out. It is all part of the conversations taking place.”

Ministers are keen to design a system that can be flexible enough to adjust to changes in infection and vaccination rates in different countries.

Several countries including Turkey, Greece and Spain, whose economies are heavily reliant on tourism, have already declared that they want British holidaymakers this summer. They have proposed requirements of either proof of vaccination or a recent negative Covid-19 test for anyone wanting to holiday there. Other countries such as Kenya, Mexico, Morocco and parts of the Caribbean are already open to foreigners.

One proposal on the table is to carry out pilot schemes with those countries with high vaccination rates, such as the US, Singapore and Israel.

The relaxation is likely to see an end to the current “declaration to travel” forms under which people can only travel if they meet certain criteria, such as critical jobs or health emergencies. An end to the hotel quarantine scheme is also being discussed, according to those involved in the talks.

The travel industry is hopeful ministers will open up to at least a handful of popular holiday destinations this summer, although executives are wary this is susceptible to the emergence of new variants of Covid-19 and reliant on vaccination rates in Europe.

The airline industry is lobbying for passengers travelling to the safest green countries to be able to travel without restrictions, with even pre-departure testing waived.

It argues that the current system of manual checks on passenger documents will be unworkable when travel restarts at scale and is pushing for the introduction of digital certification to show passengers have been tested or vaccinated against coronavirus to prevent bottlenecks at the border.

Queues in the arrival halls at London’s Heathrow airport have stretched as long as seven hours in recent weeks, unions said, despite a sharp reduction in the number of inbound flights.

The final shape of the government’s plan will still depend on what other countries demand in terms of passenger documentation proving vaccination or testing.

Another key concern is the price of testing, with struggling operators hesitant to pick up the cost. Several large holiday companies are looking at ways to set up testing in resorts, with some including tests in the package holiday cost. 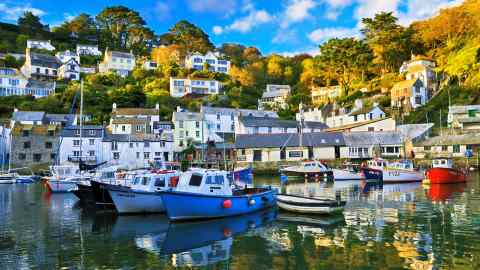 A PCR test, which is seen to be more accurate than the more rapid lateral flow test, can cost between £150 and £250 on the open market, according to test distributor Katalyst Laboratories. British Airways has launched £33 antigen testing kits for its customers, who are overseen via a video call with a health adviser.

“As well as theoretically possible, travel must also be practically manageable, as well as affordable,” said Glyn Jones, chief executive of Southend airport on the fringes of London.

Despite the uncertainty over the reopening of travel, holiday bookings have steadily increased this year.

Thomas Cook, the online travel agent, said it was treating Greece, Turkey and Cyprus as “open” countries and that bookings for Greece had spiked after it announced this month it would welcome UK tourists.

A similar declaration from Turkey on Tuesday prompted the country to go from being Thomas Cook’s third most booked destination to its first, while Tui said that bookings for Turkey were up 25 per cent on 2019’s levels following the announcement.