“From the standpoint of choosing Urbana, at the end of the day they chose us. The city was looking at different brands to come in and work with. They had a few investors lined up that were local and they were looking for someone to partner with that could help them get past the finish line,” said Jeremy Griesbach, the president of development for Cobblestone.

Griesbach said it took about four years to get everything ready to start building, including finding a location, getting land rezoned as well as securing funding for the project that totaled around $7 million.

Representatives of the Cobblestone said that their main focus is small town America and factors such as industry and recreation opportunities in and around Urbana made the area appealing to them.

The General Manager of the Cobblestone Hotel Amanda Trainer participates in a ribbon cutting ceremony in Urbana. The hotel has been open since June, but the coronavirus pandemic delayed the official grand opening celebration. Hasan Karim/Staff

City officials were interested in adding more lodging to the area prior to the study as they wanted to take advantage of local tourism as well as business travel.

The study was conducted to highlight several areas related to economic development and was done to show how much hotel space could be added to the area.

Bailey said the study showed that they could support a hotel like the Cobblestone in addition to preexisting lodging choices in the city and the county.

The study played to factors such as having the Urbana University, which drew people for sporting events or family visits. However, it closed last year.

“We were a little nervous when (Urbana University) closed. But we had so many business people telling us they were going to use (the Hotel), so it still made total sense,” Bailey said. 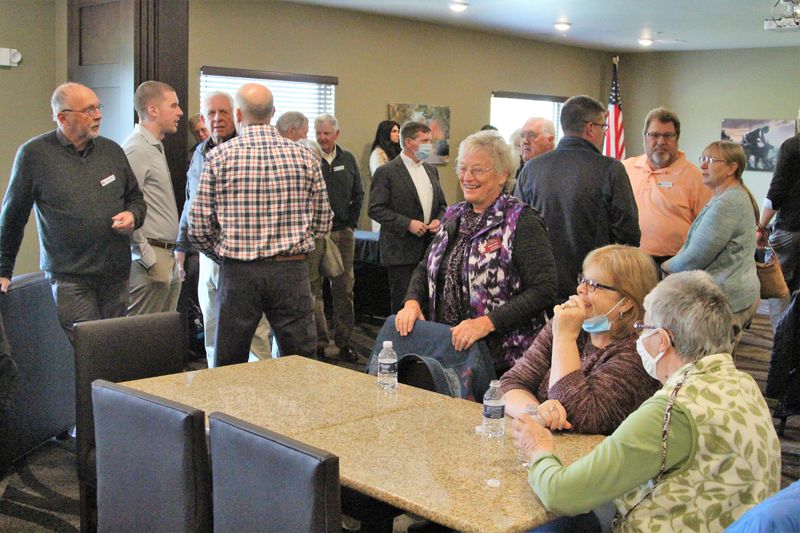 People gather at the Cobblestone Hotel in Urbana on Thursday to celebrate an official grand opening and ceremonial ribbon cutting. Hasan Karim/Staff

Construction started in 2019 and the hotel opened in June. The hotel employs eight people.

54: Number of rooms at the hotel