The Japanese government will not resume a subsidy program for promoting domestic tourism until June at the earliest due to concerns over a resurgence of the new coronavirus, even as a state of emergency was lifted for the last remaining area earlier this week, a person familiar with the matter said Thursday.

The government will earmark 300 billion yen ($2.8 billion) as reserves to support municipalities’ own travel promotion initiatives until the “Go To Travel” campaign restarts, the person said.

Subsidies of up to 7,000 yen per person will be given from April 1 to May 31 for an overnight trip to locations that have not seen a surge in infections, although the period could be extended.

Local travel initiatives had been launched in about half of the nation’s 47 prefectures as of March 16, according to a Kyodo tally.

The “Go To Travel” subsidy program was launched last July to help the tourism industry weather the impact of the pandemic but has been suspended since late December in response to a spike in virus cases.

The government issued a state of emergency for the capital and its three neighboring prefectures, as well as seven other prefectures, in January and lifted it in stages, with the order ending for the last area on Sunday.

But tourism minister Kazuyoshi Akaba indicated Wednesday the government will keep suspending the subsidy program for a few more weeks given the recent upward trend in infections.

Tokyo and its three nearby prefectures of Kanagawa, Saitama and Chiba decided Wednesday to extend their requests for businesses to shorten operating hours until next month as part of efforts to curb the risk of a rebound of new cases in the metropolitan area. 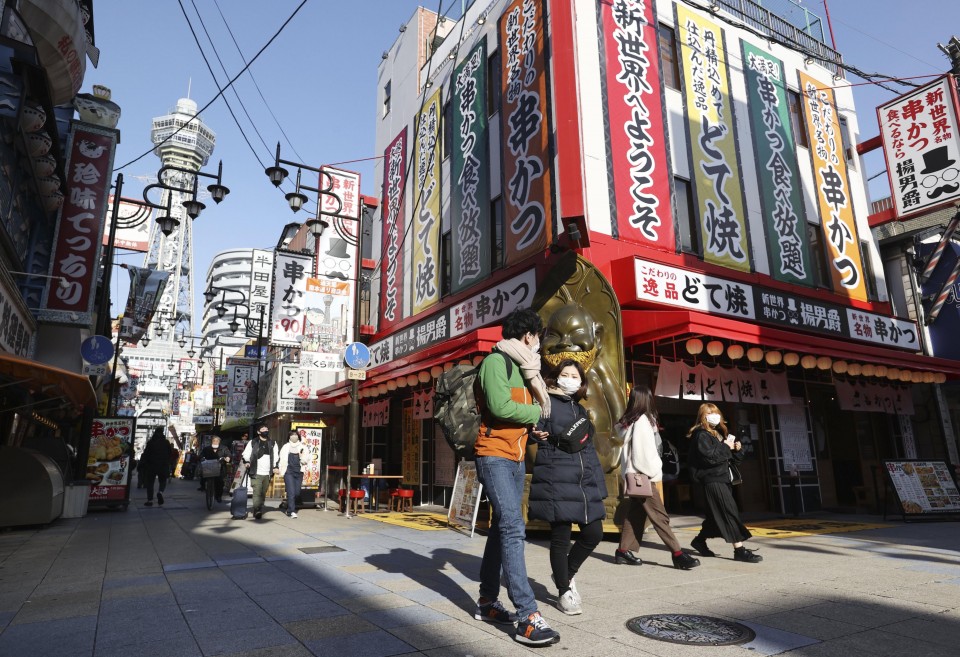 A street in Osaka’s famous tourist spot Shinsekai is quiet on Dec. 28, 2020, amid the coronavirus pandemic. The Japanese government the same day expanded a suspension of its travel promotion program for the virus-hit domestic tourism industry across the country through Jan. 11 in response to a recent notable increase in infections. (Kyodo) ==Kyodo 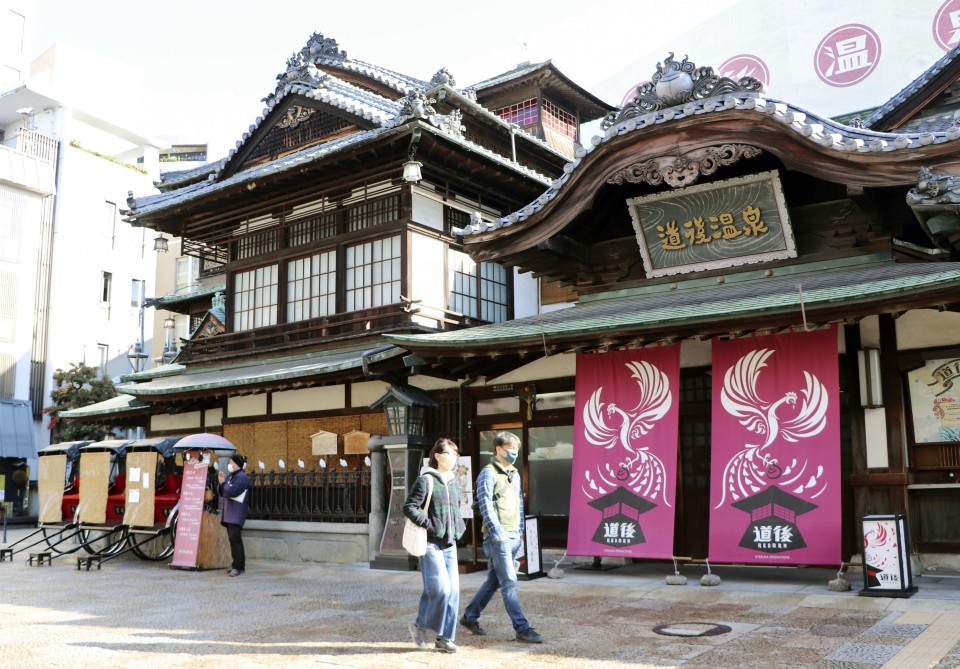 A couple walk in front of a Japanese-style inn in the Dogo Onsen hot spring resort in Matsuyama, western Japan, on Dec. 28, 2020. The Japanese government expanded the suspension the same day of the travel promotion program for the coronavirus-hit domestic tourism industry across the country through Jan. 11 in response to the recent notable increase in infections. (Kyodo) ==Kyodo